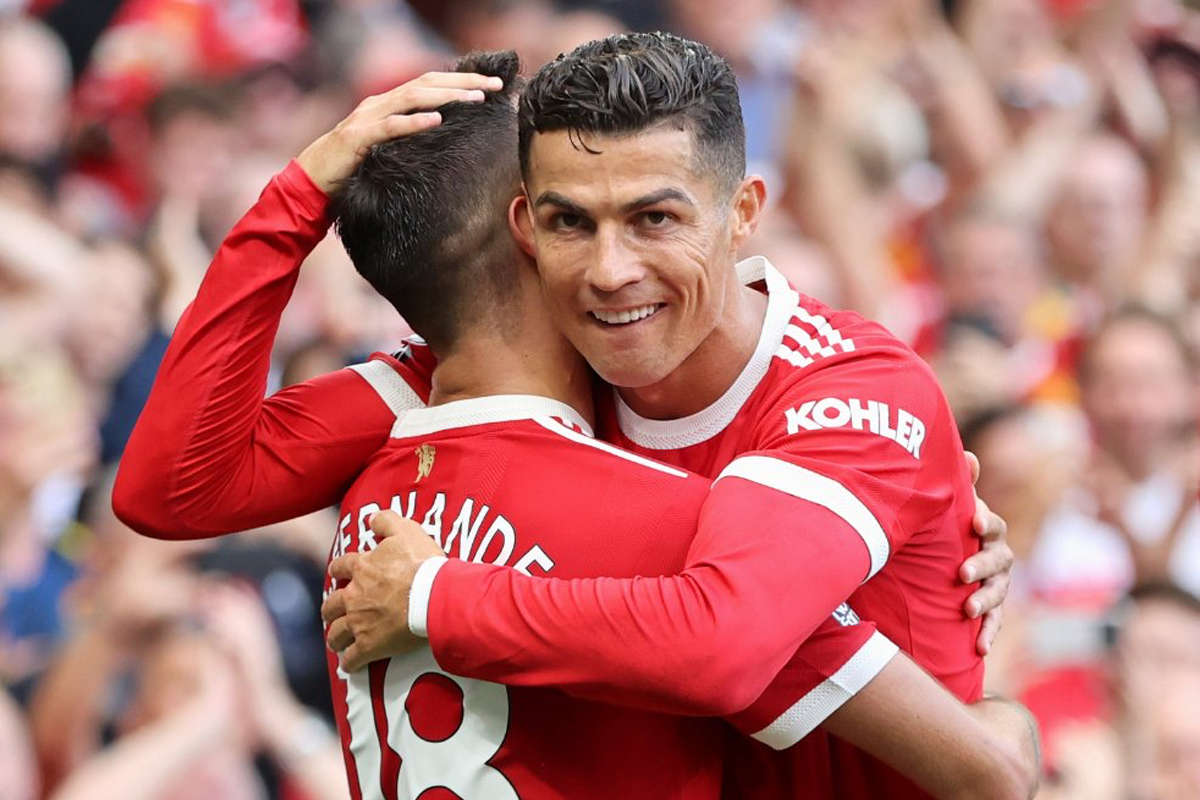 THIS IS A PREVIEW OF THE LEGENDS CLUB WEEKLY FOOTBALL ROUND-UPS. REGISTER HERE FOR ONGOING ACCESS

Cristiano Ronaldo stole the show on his return to MANCHESTER UNITED in a 4-1 win over NEWCASTLE UNITED at Old Trafford. The Portuguese broke the deadlock in first-half added time when he tapped home after keeper Freddie Woodman fumbled a Mason Greenwood shot. Nonetheless, Javier Manquillo levelled for the Magpies 10 minutes after the break. But Ronaldo restored United’s lead when he drilled a low shot through Woodman’s legs before Bruno Fernandes scored a screamer from distance and substitute Jesse Lingard ensured there was no way back for the visitors.

LIVERPOOL’s unbeaten start continued as they comfortably beat LEEDS UNITED 3-0 at Elland Road. Mohamed Salah gave the Reds a 20th-minute advantage when he finished off a Trent Alexander-Arnold cross, with Fabinho increasing the lead five minutes after the restart. The game was marred on the hour mark when Liverpool youngster Harvey Elliott was stretchered off with a dislocated ankle following a challenge by Pascal Strujik, for which the Leeds player was sent off. Sadio Mane made certain of the points when he found the far corner late on.

EVERTON’s fine start showed no signs of stopping after climbing into the top four with a 3-1 home win over BURNLEY. The game sparked to life after the break following a goalless first half when Ben Mee’s nodded finish gave the visitors the lead. However, Michael Keane found an equaliser for the Toffees with a header on the hour mark, before Andros Townsend scored five minutes later with a magnificent curling finish from distance. And it got even better for Rafa Benitez’s men a minute after that as Abdoulaye Doucoure found Demarai Gray, who tucked the ball past Nick Pope.

Romelu Lukaku netted twice as CHELSEA beat ASTON VILLA 3-0 at Stamford Bridge. The Belgian finished clinically on 15 minutes to hand the Londoners the lead and Mateo Kovacic doubled the advantage shortly after the interval when he found the bottom corner. Lukaku sealed the win for Chelsea in stoppage time with a powerful finish from the edge of the box.

MANCHESTER CITY made it three wins from three with a 1-0 victory over LEICESTER CITY at the King Power Stadium. Opposing goalkeepers Kasper Schmeichel and Ederson made several fine saves to ensure the contest was level at the break, but Bernardo Silva settled matters on 62 minutes when he fired into the roof of the net after Caglar Soyuncu had deflected Joao Cancelo’s shot into his path.

CRYSTAL PALACE claimed their first win of the season to end 10-man TOTTENHAM HOTSPUR’s 100 per cent start. Spurs had Japhet Tanganga dismissed on the hour mark for two yellow cards within the space of five minutes and Palace made them pay. Wilfried Zaha converted a penalty after Ben Davies handled in the box, before substitute Odsonne Edouard scored twice on his debut after his signing from Celtic.

WOLVES secured their first points of the season with a 2-0 win at WATFORD. A Francisco Sierralta own goal 15 minutes from time gave them the lead and Hwang Hee-chan scored on his debut after stabbing in from close range.

ARSENAL also managed their first points this term with a narrow 1-0 home win over bottom-of-the-table NORWICH CITY, who have now lost their opening four fixtures. Pierre-Emerick Aubameyang notched the decider on 66 minutes when he bundled the ball home after Canaries’ goalkeeper Tim Krul had turned a Nicolas Pepe shot against a post.

BRIGHTON snatched a last-gasp 1-0 win at newly promoted BRENTFORD to record a third victory in four games. The Seagulls scored in the 90th minute through Leandro Trossard’s curling effort from the edge of the box.WEST HAM remain unbeaten following a 0-0 draw at SOUTHAMPTON. The match ended in disappointment for the Hammers, however, when Michail Antonio was sent off deep into stoppage time for two yellow cards after a dangerous challenge on Moussa Djenepo.